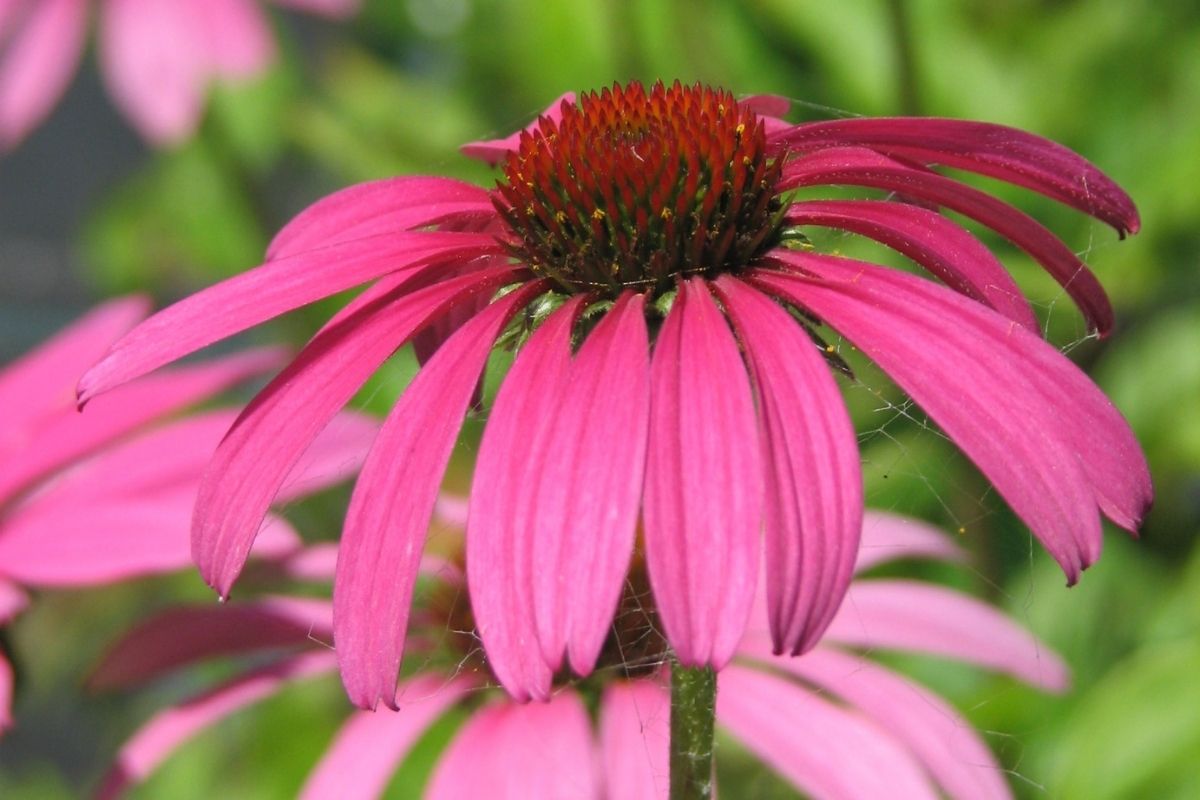 More and more, gardeners are becoming interested in heat and drought tolerant perennials, especially as we experience sizzling hot, dry weather across Canada. It makes good sense to choose plants appropriate for our landscape conditions and gardening regions, conserving resources and saving time and money.

A period of drought can last a few days, weeks, several months or even years, but all droughts have one thing in common: a lack or absence of water. Prolonged periods of drought can hinder and harm plant growth, even cause mortality. While it’s not unusual for various parts of the country to experience drought, the frequency of drought and water restrictions are inspiring many gardeners to become aware of heat and drought tolerant plant characteristics.

What is it that helps a plant tolerate drought?

Some drought tolerant perennials have fine tiny hairs over their leaves, which slows air flow, allowing moisture in the air to be caught and absorbed at the leaf’s surface. These tiny hairs also reduce transpiration, and plants with fine lacey foliage also evaporate less water because of their reduced surface area. Other drought tolerant plants, such as sedum, have thick waxy coatings over their leaves, forming a barrier to the environment, enabling them to store water in their plant tissues.

Drought tolerant perennials can have a single tap root, or root systems that grow deep into the ground in search of consistent moisture. Others grow complex systems of finer roots at or near the soil surface which collect moisture and nutrients, as well as providing stability.

Does ‘drought tolerant’ mean that plants just use less water? Can plants go for longer periods without watering?

Drought tolerant perennials need water too, especially when they are newly planted in the landscape. New plantings have yet to develop root systems to survive drought as easily as older, more established perennials. Allow at least 2-3 growing seasons for newly planted perennials to establish and develop their root systems before expecting them to survive the heat and drought of a red-hot summer. Water newly planted perennials regularly, gradually increasing the time between waterings during the second and third seasons of growth. Drought tolerant perennials can be watered infrequently, but do water more thoroughly, to encourage roots to grow deeper down into moist soil. Water in the early morning, before the heat of the afternoon.

Keep in mind, a perennial with drought tolerant characteristics does not necessarily guarantee its survival; if a drought is extreme, even established plants can experience stress, injury and mortality due to lack of water.

Perennials growing in containers are more susceptible to heat and drought conditions. Prepared soil mixes are well-draining but retain less water than soils in the landscape. Often the soil in a container is hotter too, easily climbing over 48°C (120°F) on a scorching summer day. Water your perennials growing in containers on a frequent and regular basis, never allowing the soil to dry out.

You can enjoy a beautiful and vivacious flowering garden, as many perennials have heat and drought tolerant characteristics. Check out our summer lovin’ favourites! All of them make great plant companions too.

Blanket Flower flourishes in the hot and dry landscape, originating as a North American wildflower across grasslands and prairies. Gaillardia ‘Arizona Sun’ blooms prolifically from early summer to fall, producing masses of fiery orange red flowers, each ringed by a brilliant yellow corona. Grow in full sun and average to poor, moist to drier well-draining soils. Once established, this low maintenance perennial stands up to heat and drought even with neglect. Pollinator friendly and deer resistant. Grows to 25 cm (10”) tall. Hardy to Zone 3.

Sedum, or Stonecrop, thrives in some of the most challenging hot and dry situations. Its thick, succulent leaves store up water as it enjoys full sun and average to poor, well-draining soils. Sedum ‘Autumn Fire’ has bright rose flowers clustered together into massive flower heads from late summer to fall. It grows up to 60 cm (24”) tall and wide, forming a clump. Pollinator friendly and deer resistant. Hardy to Zone 3. No wonder sedum is such a popular perennial!